Why There Are Musty Odors in Your Home

Musty odors are one of the many impacts that your crawl space can have on your home. If you've been suffering from musty odors in your home and can't get rid of the problem, contact LRE Foundation Repair for your free inspection.

Moisture is usually always the main reason for problems in a crawl space as it can wreak havoc on the space in many different ways.

Moisture can enter your crawl space through vents, cracks in the walls, or excess rainwater that floods the space. As this water sits there and becomes stagnant, it can create musty odors that can impact your family's health.

Based on the way crawl spaces are designed, they don't allow for much airflow and they are usually dark and damp spaces. This allows those musty odors to become trapped and get worse over time if left untreated.

How Musty Odors Enter Your Home

If you or your family notice any foul or musty odors in your home, it's a good idea to get your crawl space checked out for moisture issues.

Most musty odors enter your home through a phenomenon called the stack effect. This allows the air inside your crawl space to seep up through the floorboards of your home and enter the main living areas of your home.

If there is mold growth or musty odors already in your crawl space, the stack effect will allow them to make their way up into your home and can impact your family's health.

How to Eliminate Musty Odors

Unfortunately, this isn't something that air fresheners can fix. To completely eliminate the musty odors in your home, you must tackle the source and get rid of the initial problem that's causing the musty odors. 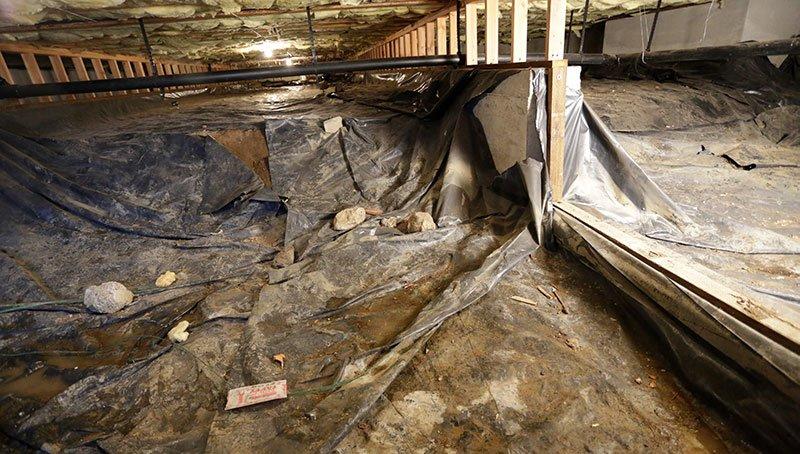 Rely on LRE Foundation Repair to waterproof your crawl space and prevent musty odors from entering your home. We've helped Florida residents protect their homes since 1989 with many crawl space and waterproofing solutions.

Contact us today for your free inspection on how to prevent musty odors in your home!

"They arrived on time, very professional, and explained..."