When it comes to your home, you want the ultimate safety both inside and outside. While it's easy to remember to keep the inside of your home safe, don't forget about the outside. There are many different outside elements that can create dangerous situations and a trip hazard is one that is commonly found at most homes.

To avoid trip hazards and create a safe environment outside your home, contact LRE Foundation Repair for a free inspection. 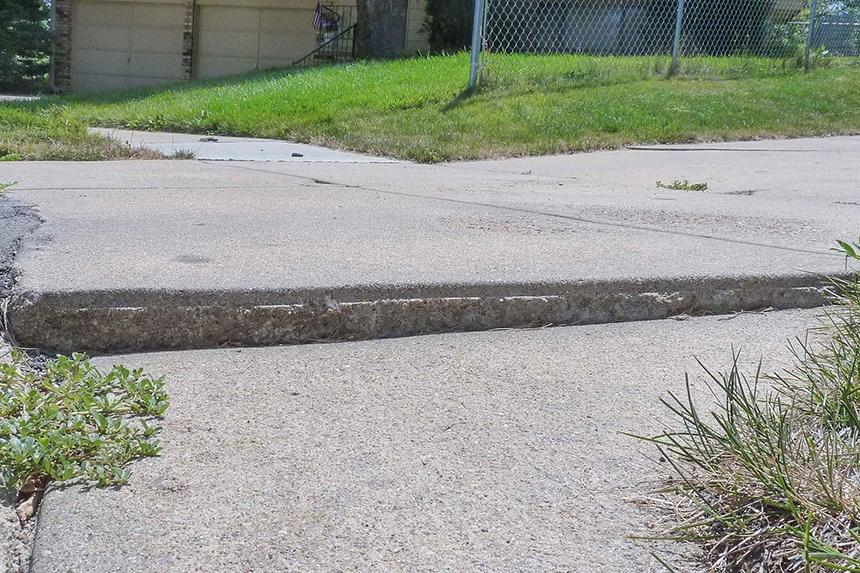 The first question that may enter your mind is: what causes trip hazards in the first place? Even if your home was built with the highest quality standards and materials, it can still experience certain damages over time that are out of your control.
The main cause of tripping hazards outside your home is sunken concrete. Your driveway, sidewalk, and patio are typically made of multiple different concrete slabs. Over time, the slabs can sink and settle into the ground and create an uneven surface up above.

As a result, a dangerous tripping hazard is created. No homeowner wants this unsightly problem, especially if there are children running around.

Why Does Concrete Sink?

It may seem odd that such a sturdy surface like a concrete slab can sink, but it is a frequent occurrence with most homes and can create unsightly and dangerous situations.

Soils have the capability to expand as they get wet. When it rains, the water pours into the ground and saturates the soils. As the soils become saturated with water, they increase in size and expand. This expansion causes them to become displaced and move from their original position, making them less supportive to the concrete above.

Soil Contraction Aside from expansion, soils can also contract during dry weather conditions. As they dry up, they shrink in size and contract, creating voids in the ground and becoming less supportive to the concrete above.

The expansion and contraction cause the soils to become displaced and it creates voids in the ground. Compared to the supportive, compacted ground it was before, the voids have now created much less support for the concrete slab and it settles further into the ground.

It's important to periodically monitor these areas for any signs of concrete settlement. If you notice any subtle signs of concrete sinking, it could be a quick and easy fix to prevent further settling. If the problem gets ignored, the concrete could become worse over time and create a much bigger problem for you to fix.

Although sidewalks are not always directly a part of your home, they are often still your responsibility to maintain. A lot of cities require sidewalk maintenance to be done by the homeowner.

If there are dangerous tripping hazards on your sidewalks and someone gets hurt, you could be at fault. To avoid these potential issues, consider getting your sidewalk fixed immediately.

Fortunately, there is a quick solution for fixing your home's trip hazards. At LRE Foundation Repair, we use PolyLevel® to lift your sunken concrete slabs back into place.

PolyLevel® can be used on driveways, sidewalks, and patios to repair the sunken slab and avoid dangerous trip hazards.

PolyLevel® is a polyurethane foam that is injected into the sunken slab and expands and lifts it back to its original height. 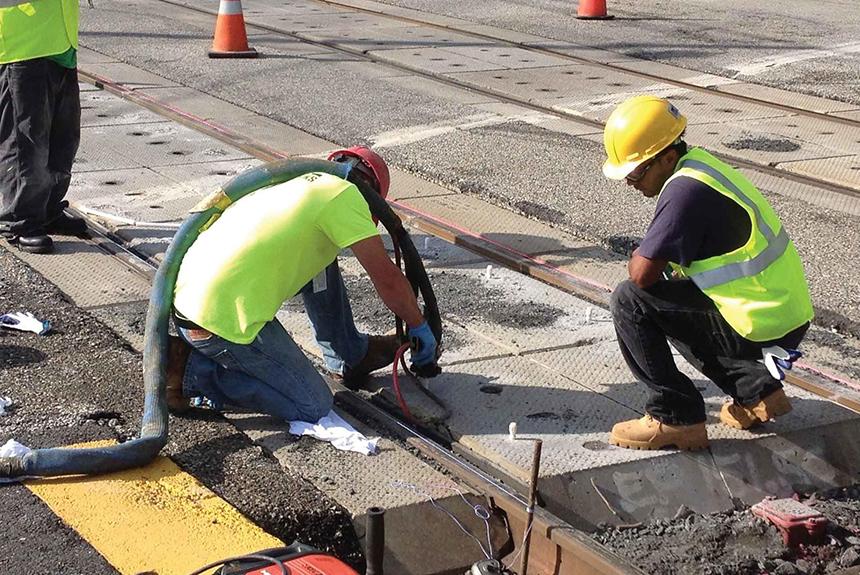 If you have trip hazards around your home, consider a free PolyLevel® inspection from LRE Foundation Repair We've helped Florida residents since 1989 and we're ready to help protect your home.

Contact us today for your free inspection on how to avoid trip hazards!