Roughly two and a half years after a sinkhole swallowed a man through his bedroom floor while he was sleeping, another catastrophic cover collapse sinkhole opened in the same city. While thankfully no one was killed or injured by the second large sinkhole in Seffner, the drop out was a serious concern because it opened up between two residential homes. The massive hole measured 28 feet wide, 3.5 feet long and 20-plus feet deep, and was less than two miles away from the site of the sinkhole that killed Jeff Bush in 2013. The sinkhole needed to be filled immediately, but costs were a concern to the insurance company and vibration needed to be limited due to the unstable hole and surrounding structures.

LRE Foundation Repair mobilized its Sinkhole Emergency Response Team (SERT) to fill the massive sinkhole in Seffner. The remedy called for by the engineering firm was a combination of 108 cubic yards of Clean Fill and 654 cubic yards of Cellular Grout, which is a lightweight material made by replacing some or all of the stone aggregate in standard concrete with uniform air cells. These air cells are created by blending foaming agents into the concrete during the mixing process, and can be managed to produce an engineered geotechnical material. Its density can be varied from 20 to 120 lbs. per cubic foot, and its compressive strength from 20 to 3,000 PSI. The material can also be produced in both a pervious and non-pervious blend. The Cellular Grout material proved to be an effective, long-lasting solution because it is environmentally safe and features a high slump (virtually self-leveling), rapid, vibration-less installation and significant cost savings vs. alternative repair methods, such as Compaction Grouting. While the Cellular Grout was used to fill the hole that opened up, the residential home closest to the hole also needed to be stabilized by LRE, which utilized 299 cubic yards of Compaction Grout to stabilize the sinkhole condition underneath the existing structure. 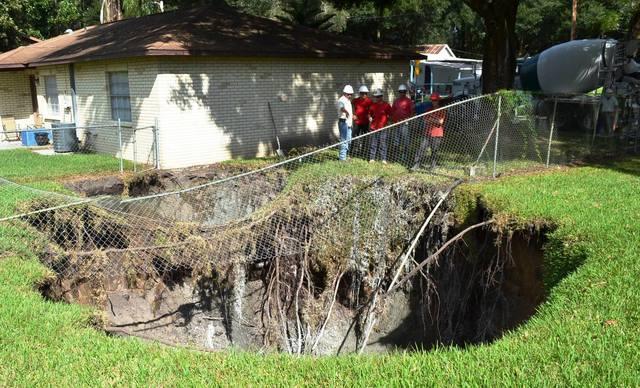 A giant sinkhole opened up less than two miles away from the site of a sinkhole that killed a man in Seffner in 2013. 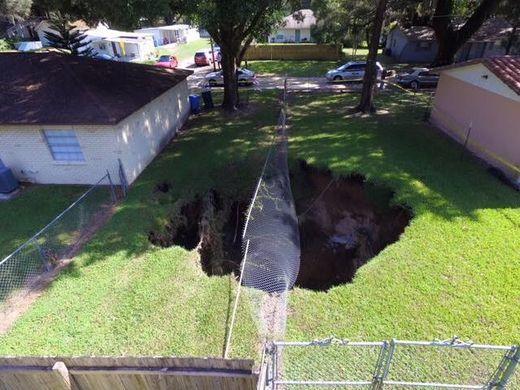 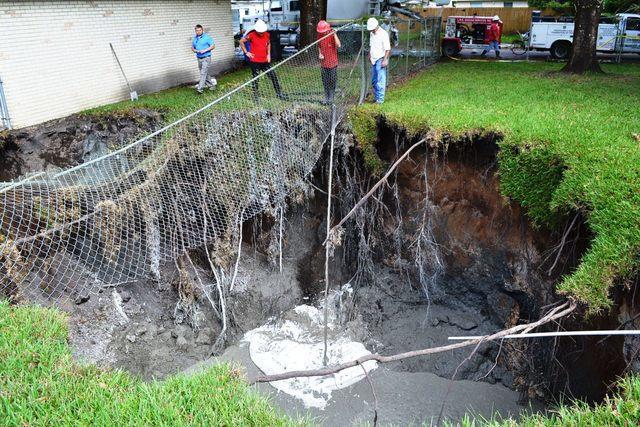 Cellular Grout was used to fill the giant hole.

Back to Previous Page
Back to Case Studies