A site off Seminole Road in Atlantic Beach, Florida was occupied by a public safety building. The building was slated for expansion. But the site was on an old landfill that featured a plethora of buried debris. The general contractor contemplated excavating out the bad soil and debris before the expansion of the building, but wanted a more efficient solution for the construction project. The geotechnical engineer and general contractor ultimately decided the best route to take would be the installation of Auger Cast piles.

Before LRE installed the Auger Cast piles on this project, it first utilized a Rapid Load Test, which tested the compression and tension on the same test pile. The engineering firm was looking for an ultimate capacity of 60 tons. LRE tested the pile up to 170 tons and still didn't plunge the pile to failure, ensuring plenty of strength and support from the Auger Cast piles installed. 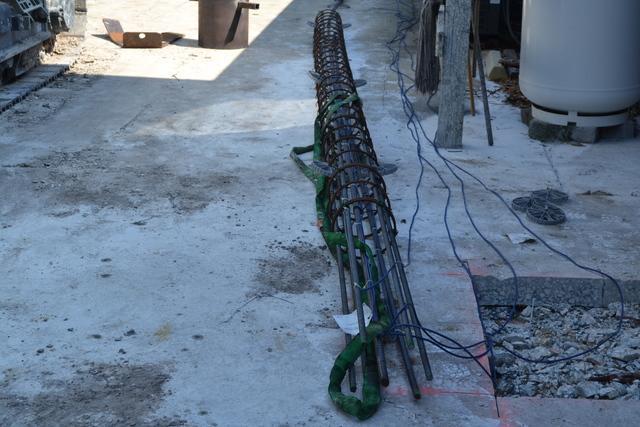 The 59 Auger Cast piles were 16 inches in diameter.

Back to Previous Page
Back to Case Studies